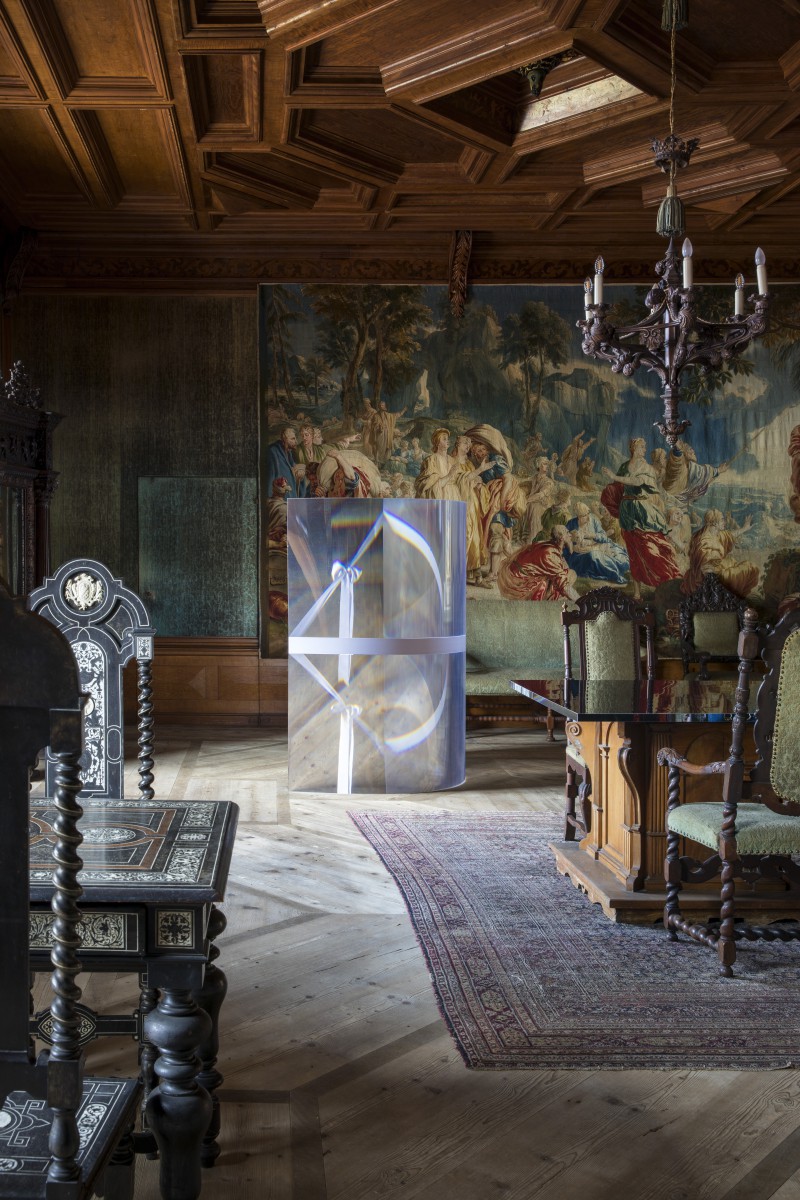 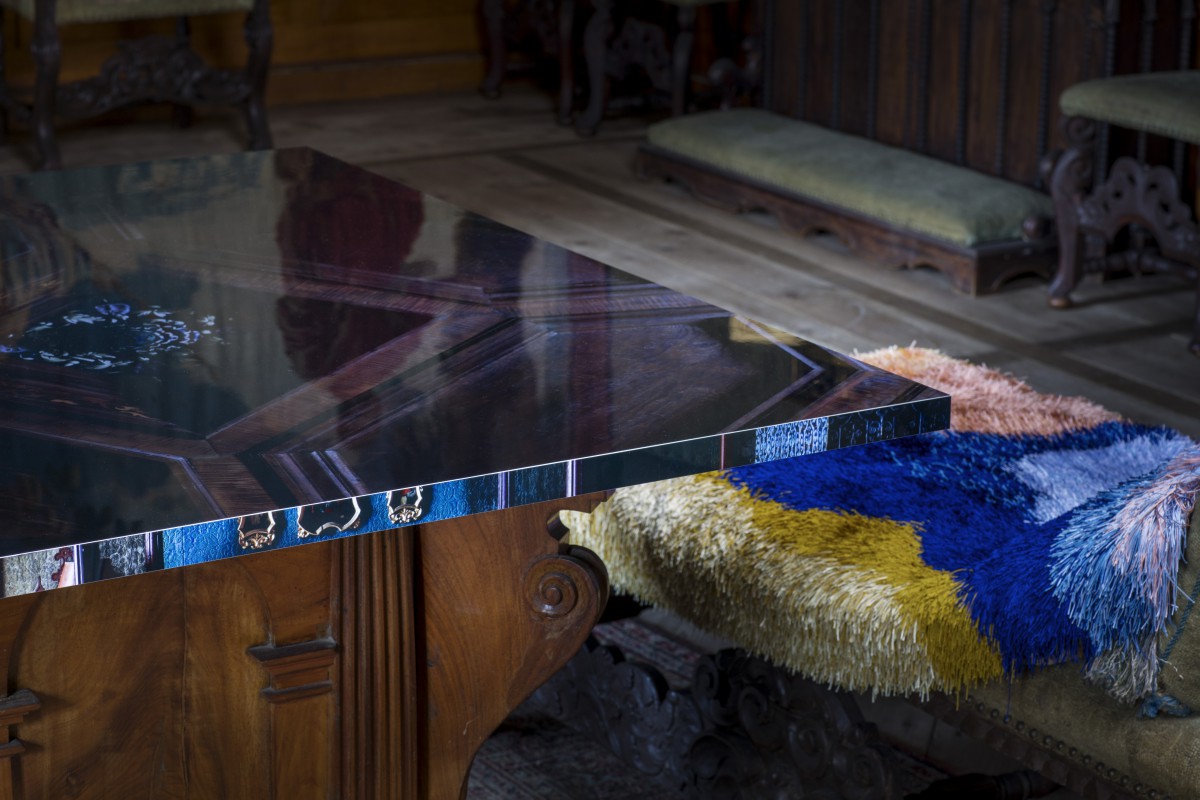 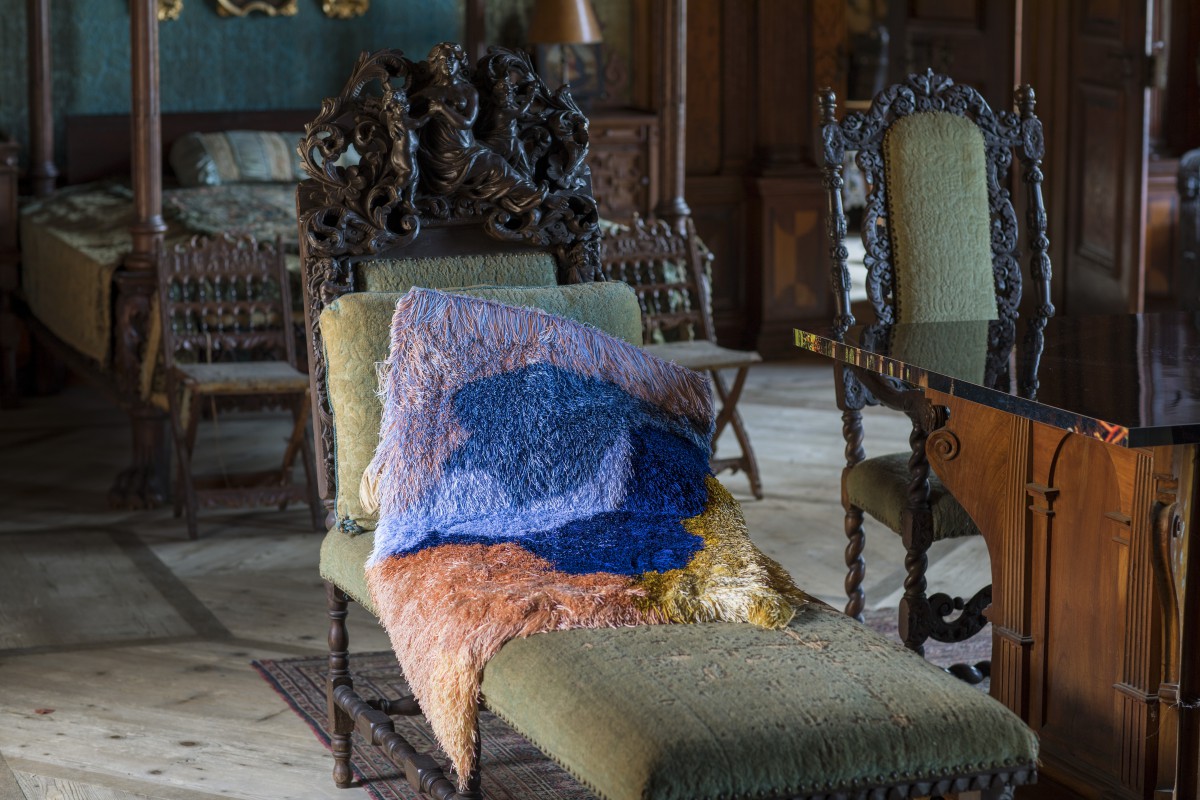 Brecht Duijf (1981) and Lenneke Langenhuijsen (1987) met each other at the Design Academy Eindhoven, where they both graduated cum laude. They established Belen in 2014, with a common interest in the human-centred approach towards their surroundings. Influenced by Ilse Crawford, Aldo Bakker and Jan Boelen, they developed their design practice characterised by material research, production processes and physical experiences. Material investigation is often the starting point for their projects, which aims at broadening and expanding the material qualities of spaces, objects and products. Central to their approach are the intuitive, emotional and physical aspects of design, resulting in projects that show unexpected applications of materials and colours. Their work has been acquired by Stedelijk Museum Amsterdam and Boijmans van Beuningen in Rotterdam.

Blue Room Reloaded
When considering how to re-use an old room, one is faced with the question of whether to preserve or modernise. To keep a space alive it is important to introduce contemporary elements. Belén have worked within the constraints of the Blue Room, (unchanged for almost a century) stretching time by binding together old and new materials and objects. Belén have designed objects that relate in different ways to the room, by duplicating, deforming, adding to, and celebrating its history. The ‘Table Tablett’, acts as a surface to work on, protecting the delicate table underneath. It is made of a reflecting surface that mirrors the present, but which will eventually become history. The ‘Space Screen’ functions as a layer through which we perceive the space differently and new perspectives come alive. The ‘Tasseled Throw’ is a fresh thick textile mass to sit or lay on, which can be placed on different charis or sofas to add warmth. Through these furnishings, Belen brings new life and function to the room and extends its legacy. The tension between the layer of patina and the modern materials further enriches the experience of the space.